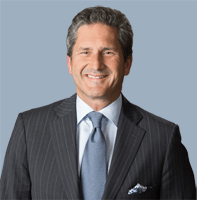 According to Mike Fries, CEO of Liberty (pictured left), “We are joining two high-growth businesses in a region that is both underpenetrated and underserved in broadband, mobile data and pay TV services.”Since the CWC business will be attributed to Liberty’s Latin American and Caribbean group, the combination will create “the leading consumer and business-to-business (‘B2B’) communications provider in the region”, the firm said in a statement.CWC, which is headquartered in London, has regional operations in the Caribbean, Panama, Monaco and Seychelles, where it offers bundled pay-tv, internet, mobile and fixed services. It has more than 6.3 million customers, of which 4.1 million are mobile.The joint operation will serve ten million video, voice, broadband and mobile subscribers in more than 20 countries, is expected to generate over $3.5 billion of revenue on an annualised basis, and will become the “leading platform for further consolidation” in Latin America and the Caribbean, the statement added.John Reid, previously president of CWC’s consumer group, will serve as interim CEO, replacing Phil Bentley.He said that by leveraging Liberty Global’s scale and management expertise, the firms will “accelerate innovation, enhance the speed and quality of our networks and expand opportunities for all stakeholders.”The value of the deal was given as $7.4 billion on an enterprise value basis, down from the previously reported $8.2 billion.Back in November when the deal was announced, Liberty talked up the long-term equity value of the new entity on the basis of both organic growth and “further consolidation opportunities throughout Latin America and the Caribbean”, a sign of potential deals to come. Saleha Riaz Luz verde a la fusión entre Telefónica y Liberty Global en el Reino Unido Liberty Global eyes edge move with Digital Colony JV Previous ArticleVodafone talks up return to growth as Project Spring concludesNext ArticleWalmart-backed payments firm MCX suffers setback Telefonica, Liberty Global to finalise UK merger AddThis Sharing ButtonsShare to LinkedInLinkedInLinkedInShare to TwitterTwitterTwitterShare to FacebookFacebookFacebookShare to MoreAddThisMore 17 MAY 2016 Home Liberty Global completes CWC acquisition Related